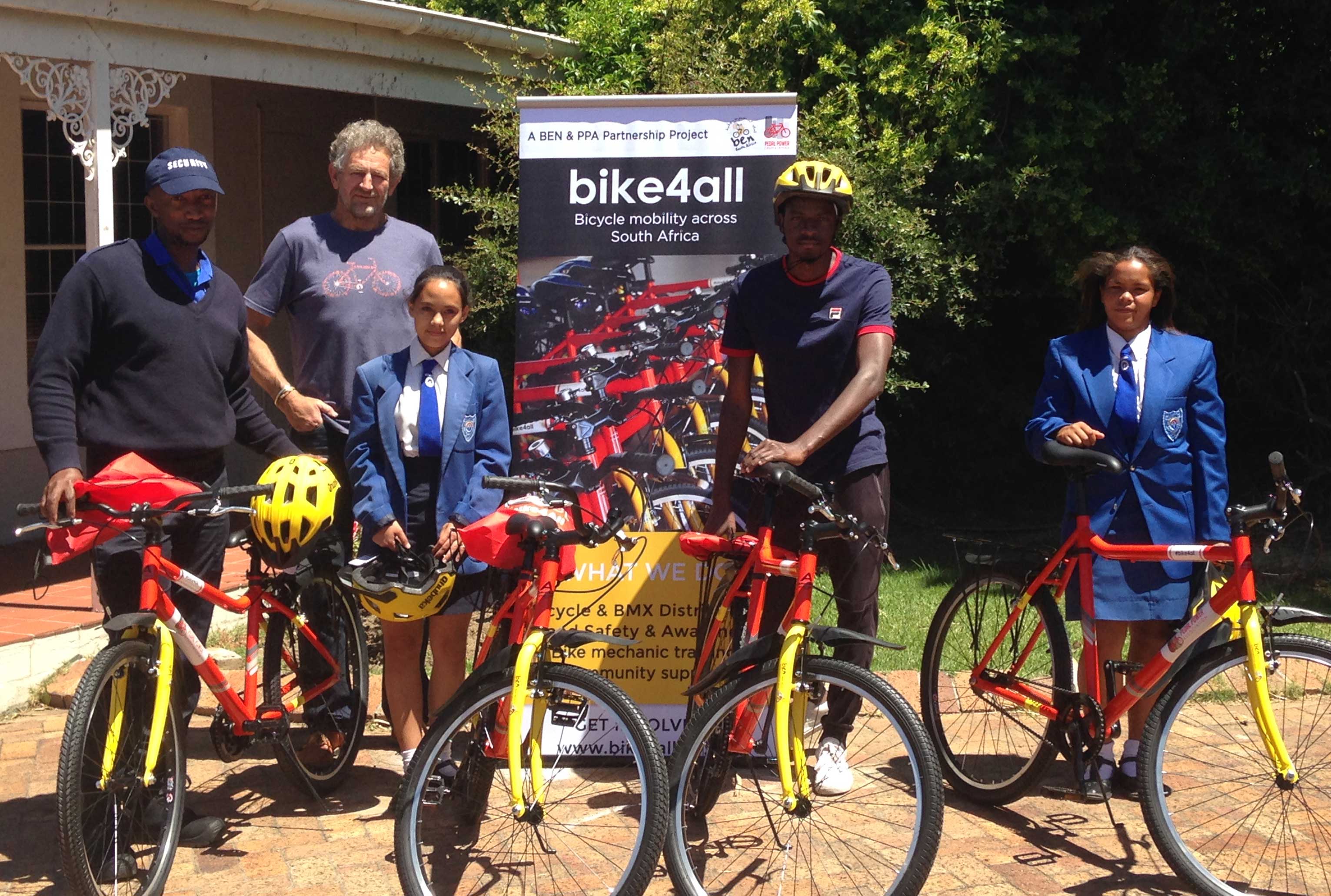 After striking it lucky by winning a competition on Cape Talk radio just before his birthday, Gordon Laing, one of our Exco members, decided to use his prize to Pay it Forward.

With his birthday coming up, Gordon had the great idea of getting his friends to make a donation to Bike4All instead of buying him presents. Thanks to their generous responses, he raised enough money to donate 10 Bike4All bicycles … but that’s not where it ended…

Inspired by this generosity, a few corporates joined in and the Pedal Power Association (PPA) also matched these donations. As a result, more than 50 bicycles were waiting for new owners. With the help of Cape Talk and radio presenter John Maytham, we’ve been asking for nominations for South Africans who they think would be worthy recipients.

Our first winners have just received their bicycles!

“Winning these bike means our cycling team could expand and more girls could get involved,” said Zaida when receiving the bikes at the PPA’s head office. “It’s such amazing news! Seeing the smiles on our girls’ faces is more than I could have ever asked for. Thank you to Cape Talk Radio, Pedal Power Association, Ben Bikes, Qhubeka and Gordon who started this initiative. Feeling truly blessed and grateful!”

GODFREY GWETAH
After being robbed of all his possessions while in Tanzania, Malawian-born Godfrey decided to start a new life. He had to leave his wife behind and venture south to South Cape Town where, after three years, Godfrey had secured himself a regular and reliable income … finally, his wife could join him. They now have two young children and live in Capricorn Park near Muizenberg. Godfrey holds down four jobs and is a very keen gardener.

“Getting to work is always a struggle,” said Godfrey, “so the bicycle my wife won on Cape Talk is going to assist me tremendously!”

Godfrey intends cycling to the station, catching the train with his bicycle, and then making the trip from the station to his various places of work using his bike as his new means of transport: “My thanks to Bike4All, Pedal Power Association, Ben & Qubeka for making this possible.”