Another Pay It Forward winner 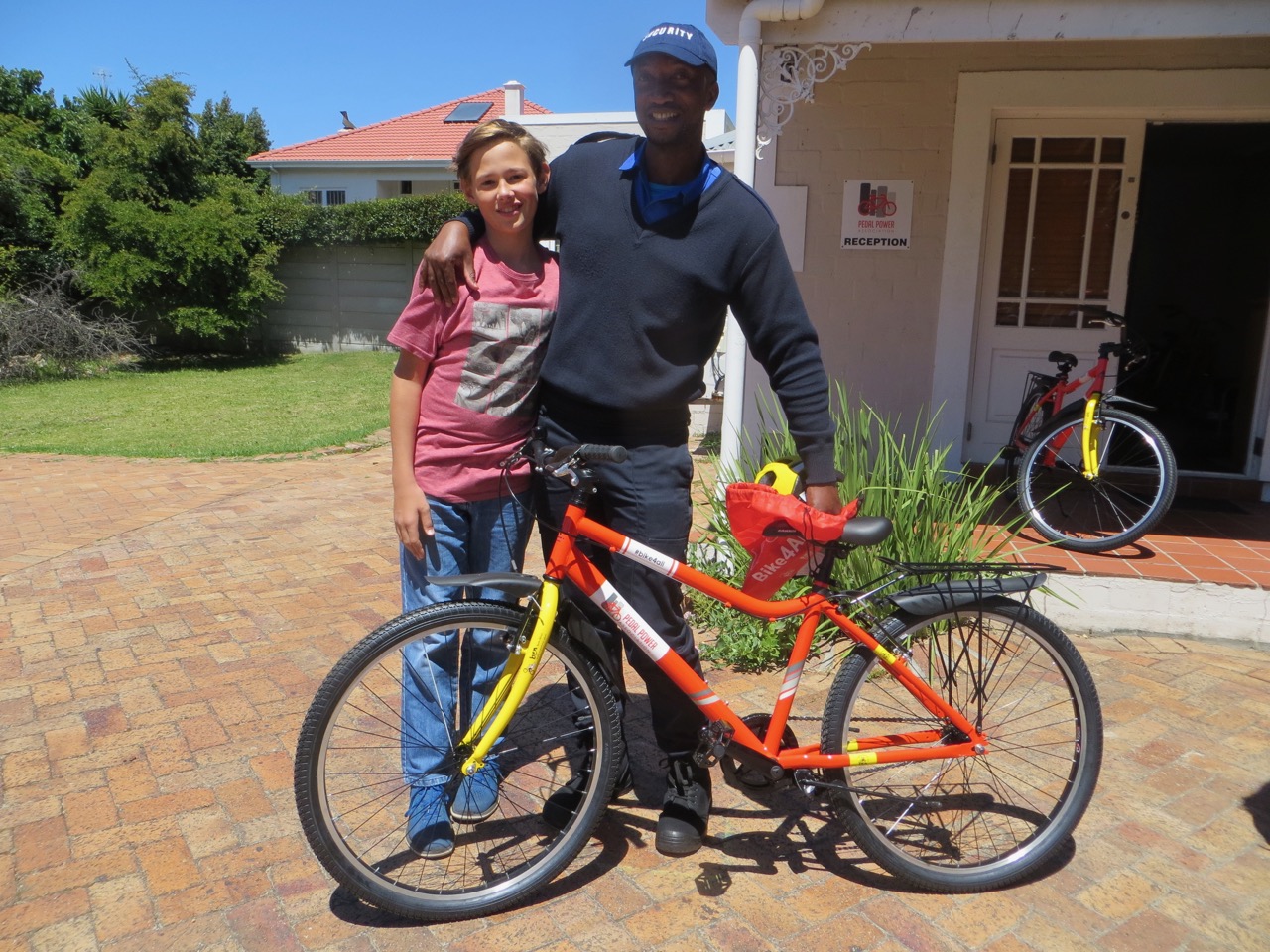 Eric is the latest worthy recipient of a bicycle from our Bike4All/Cape Talk radio initiative.

With more than 50 bicycles waiting for new owners, we asked Cape Talk and radio presenter John Maytham, for nominations from the public on who they think would be worthy recipients of a Bike4All bicycle.

The person who nominated Eric chose to remain anonymous, but did tell us why she was inspired to put his name forward.

“Eric is a fine and honourable gentleman who has worked as our streets private security for many years keeping us safe while we sleep well at night. He used to rely on his bicycle to commute to his daily 12-hour shift, but sadly this was stolen. 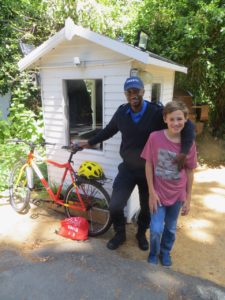 “Having to deal with the unexpected costs of having to pay for a taxi to commute to work, over the past year and a half he has struggled to save for a replacement bicycle while prioritising supporting his family.

“My 12-year-old son has often discussed how he would like to help Eric get a replacement bicycle, but unfortunately our families financial circumstances have changed dramatically since my husband early demise, that we have been unable to fulfil his intention. This ‘pay it forward’ bicycle initiative was the only hope that we had in helping a very deserving man restore his dignity and faith in humanity

“Our nomination winning a bicycle has been a most touching experience. Fortunately, we were able to keep this a surprise from Eric until he was presented with his very own and first ever brand-new bicycle. The smile he displayed when receiving his bicycle was priceless!

“Not only did Eric get a reliable, maintenance-free and sturdy Bike4All bicycle with a bell, mud guards and rear cargo rack, but he also received a goodie bag with a strong helmet, bicycle pump and tyre repair kit! Eric and his bicyle have become has become inseparable, using it for his daily commute since receiving this gift. His bicycle is kept spotlessly clean and stands proudly on display outside his guard box when he is not using it to patrol the street. He is thrilled to have a bicycle back in his life as it has also improved his fitness tremendously.

“A special thank you to Gordon Laing [PPA exco member] for giving his birthday gifts to those who are more in need, for the incredible contributors of additional bicycles, and the Pedal Power Association and their sponsors for making dreams come true.”